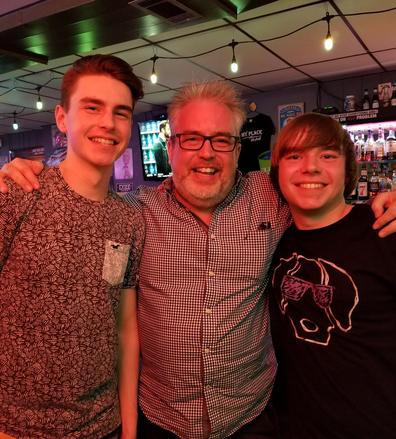 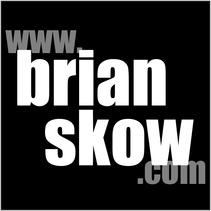 "If I ever get married again, I would definitely hire him to play the reception!"

– Dave Ellis (of the Fry Daddies)

"Your sight reading is getting better."
–  Dr. Karel Lidral (Brian's saxophone professor in college after Brian played a "prepared" piece)

Like most children, Brian started his musical training  frustrating his parents by not practicing piano enough to justify what they spent on lessons.  Many years later he plays clubs, restaurants, private parties, and corporate events on the very instrument he once assiduously avoided.

Brian came to the Quad Cities to attend Augustana College where he played saxophone in the concert and jazz bands, but began playing keyboards in rock and blues bands because it beat having an actual part-time job.  That was in a previous century, and Brian hasn't stopped performing since.

Though a mild-mannered high school English teacher by weekday,  Brian spends evenings and weekends pursuing music.  He has been a keyboardist and vocalist in many area bands, most notably The Tourists, The Sides, and (recently ending a sixteen-year run) The Sin City Orchestra.  Brian also leads the contemporary music every Sunday morning at Riverside United Methodist Church in Moline, Illinois.

He now plays solo shows with the help of a looper pedal, allowing him to beat-box, layer keyboard parts, and sing harmony with himself.  He sometimes goes old school and brings along a friend or two, often one or both of his sons, who are far more talented than he is. (That's not just a father's opinion--everybody says so.  Repeatedly.)  No matter what the line-up or venue, Brian uses his eclectic musical taste and dubious stage banter to provide an entertaining musical experience.